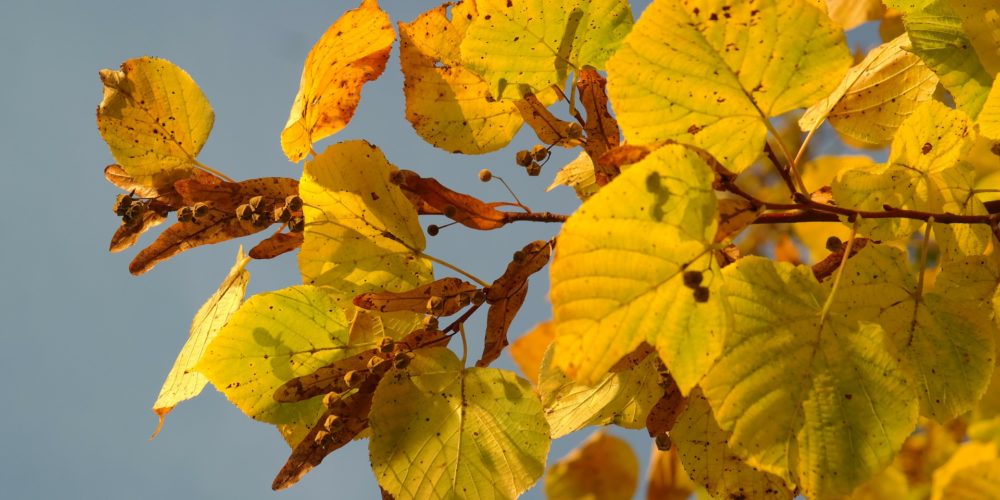 The lime, or largeleaf linden (Tilia platyphyllos Scop.) is a large deciduous tree in the family Tiliaceae. It grows spontaneously in much of Europe, from Spain up to Caucasus. The genus (Tilia) derives from the Greek ptilon, meaning wing-like membrane, and describes the long bracts which accompany the flowering of the plant. The specific epithet (platyphyllos) refers to the broad leaves characteristic to the species. The tree is commonly planted in public and private parkland, in addition to similar species such as the small-leaved lime (Tilia cordata Miller) and the American linden (Tilia americana L.). All three varieties can be found on the city walls of Lucca and in the gardens of grand villas in the area.