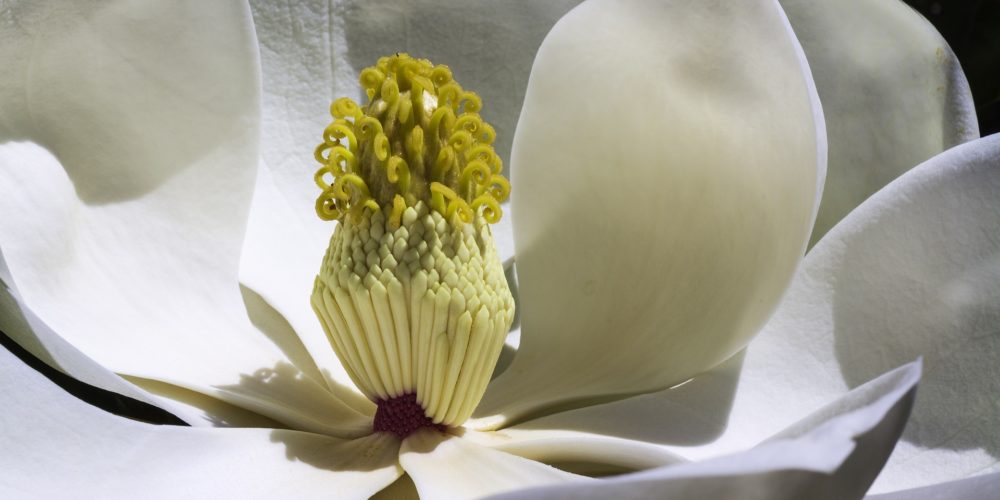 The magnolia (Magnolia grandiflora L.) is a large evergreen tree belonging to the Magnoliaceae family. The genus, Magnolia, derives from the name of the director of the botanical gardens at Montpellier, Pierre Magnol, while the specific epithet, grandiflora, refers to the remarkable size of the flowers. The plant is native to North America where is grows in Florida, Carolina and southern Texas. It was introduced from America to France in the first half of the 1700s, and to Italy in 1760. Tuscany acquired a specimen thanks to Professor Giorgio Santi, who brought an example over from England in 1787, planting it in the botanical gardens in Pisa, where it is still growing. At around the same time, Count Pietro Bardi brought another plant over from London, to place in the gardens of Palazzo Guicciardini in Firenze. Seeds from these two plants were responsible for spreading the tree throughout Tuscany. The presence of the species in the Lucca area is linked to princess Elisa, who introduced a plant at Marlia which most likely originated from the gardens of the court of Naples, rather than elsewhere in Tuscany. Her sister was the wife of Gioacchino Murat, King of Naples, and many plants arriving in Lucca came from her nurseries.