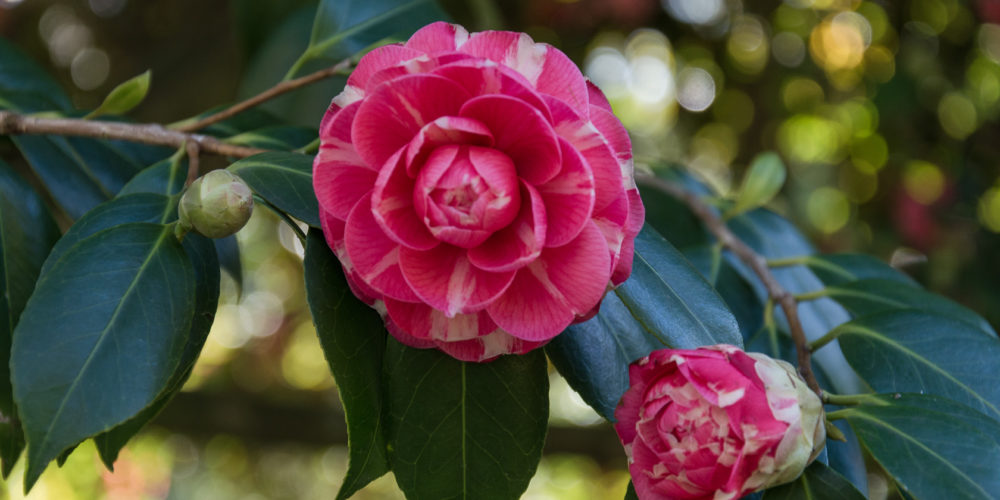 The camellia (Camellia japonica L.) is a small evergreen shrub belonging to the Theaceae family. Carl Linnaeus gave the plant its scientific name, the genus (Camellia) in homage to the Moravian jesuit Georg Joseph Kamel, whilst the specific epithet (japonica) refers to one of the countries where the plant grows spontaneously. The camellia, originating from the Far East, was introduced to England at the beginning of the 1700s. The oldest specimen on European soil is believed to be the plant – still in existence – in the English garden at the Palace of Caserta, near Napoli. In the Lucca area, this plant began to appear in gardens from the first half of the 1800s. One of its most passionate enthusiasts was Dr. Angelo Borrini, the doctor and ophthalmologist employed by the Court of Charles Louis, Duke of Lucca, who introduced several varieties of the plant in the gardens of his villa at Colle di Compito, many of which survive to this day. There is a variety dedicated to princess Elisa Baciocchi described by abbot Berlese in his significant 1845 work Monograph of the genus Camellia.