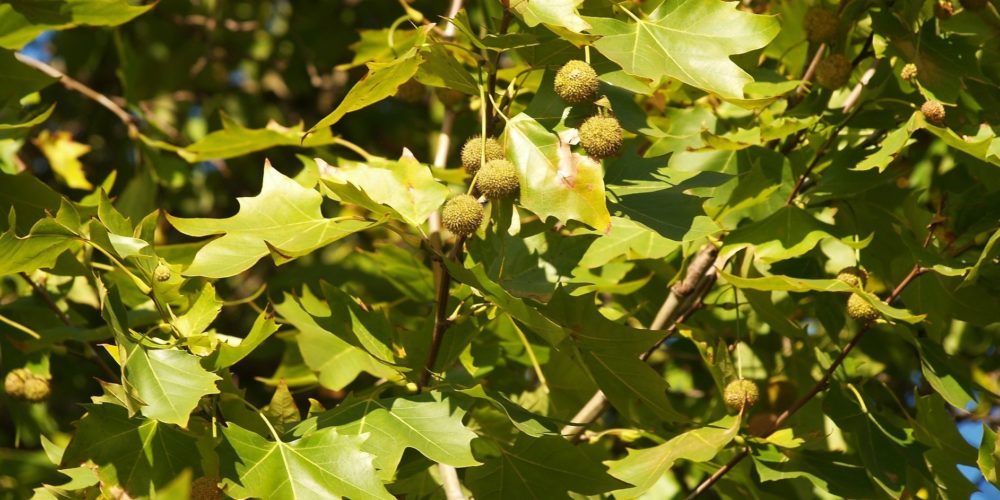 The plane tree (Platanus hybrida Brot.), often found in parks is a large, majestic deciduous tree which belongs to the Platanaceae family. It is a hybrid between two plants: the Oriental Plane (Platanus orientialis L.) – originating from south eastern Europe and Asia Minor and long-established in Sicily, supposedly introduced by Dionysius the Elder – and the Occidental Plane (Platanus occidentalis L.) introduced to Europe from America in the 17th century. The genus (Platanus) originates from the Greek platys, meaning broad, and refers to the size of the leaves, while the specific epithet (hybrida) refers to the species’ hybrid nature. There are numerous examples of large plane trees across the Lucca area. Their presence is linked to princess Elisa, who brought the plant into more common use. The largest example is the tree at Villa Bottini, in the historic centre of Lucca, with a circumference of over 7 metres and standing over 25 metres tall. In the last decades, the species has come under attack from a type of fungus or ‘canker’ (Ceratocystis fimbriata Ellis & Halstead f.ma platani) which has caused the death of numerous trees. This pathogen has also had an impact on many trees planted along the walls of Lucca.